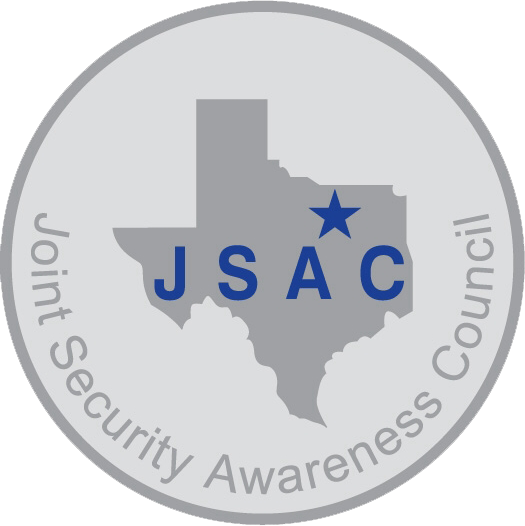 The council was chartered to combine the human and material resources of the government and defense contractor communities to better serve the mission of security education and awareness.  It was decided that council membership would be open to any cleared contractor facility or government entity which is associated with the security community.  A twelve member steering committee oversees the rotine business of the council and votes on motions placed before the council.

In April 1992, the council sponsored its kick off meeting at the Naval Air Station in Dallas, Texas. In addition to a JSAC introduction by Jim Bass, Dan James, FBI Special Agent and ISAC member, presented a DECA briefing; Richard Modesette, Department of Commerce Export Enforcement, spoke on export controls and Joe DeGregorio, Director of Industrial Security for the DIS Southwestern Region provided valuable updates on issues in the Industrial Security Program. Approximately 160 government and industry representatives attended the symposium and initial feedback was favorable.

In September 1992, the JSAC with DIS and NCMS jointly sponsored an international affairs symposium. Topics included export administration, international aspects of the National Industrial Security Program and Defense trade regulations. Planned future events included coordinated efforts with the Florida East Coast ISAC to provide special briefings on magnetic media available to industry and a general topics workshop/symposiums planned for smaller contractors who may not have full time security professionals in the Faciity Security Officer(FSO) position. Depending on the success of the workshops locally, a training team may elect to repeat the training in the Tulsa or Oklahoma City areas.

Since 1992, JSAC has continued to serve the security community, celebrating our 20th Anniversery in 2012.